Making and doing ‘languageness’ in the Yolŋu Studies Centre

This page talks a little bit about doing multiplicity in the Yolŋu Studies program established in 1994 at Charles Darwin University and collaboratively nurtured both by Yolŋu Aboriginal language authorities and non-Yolŋu academics. Teaching and learning Yolŋu languages, Yolŋu language resource and Yolŋu research are on-going interest in its history. However, language doesn’t always seem to be a matter of fact in-place where different knowers and learners of the same language go on and work together.

Texts don’t hold their meaning, they need to be pronounced. Say the word, then the meaning comes out.1 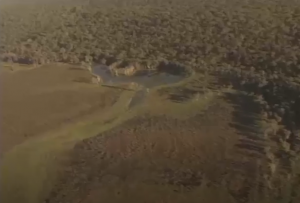 In post-colonial Australia, the commitment to ‘re-imagine’ the quality of being serious about Aboriginal landscape is mandatory in wildlife management, organisational policy, and natural philosophy of science, but not only; it could extend to Aboriginal languages. 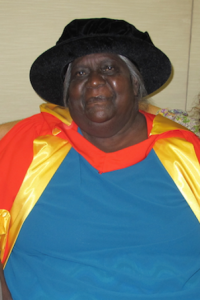 “I [Waymamba Gaykamaŋu] have been sharing the knowledge of my homeland, Djiliwirri for more than 25 years with students and researchers at uni [Charles Darwin University]. I bring my knowledge from Djiliwirri to uni in Darwin [the land of Larrakia people]. Darwin is ‘dhulŋuŋu’ – not belonging to me because I am not the traditional owner of the land or the language. Being so far away from my land, I need to take the responsibility on behalf of my clan group and teach students and researchers the reality of how we [Yolŋu people of east Arnhemland] live, sleep, walk, run, and dream; I am sharing everything that I am allowed to. Bringing my knowledge to uni was not easy and often confusing task: what sort of pathway I could find, how I should teach students and researchers, where, what, and how they learn from me, see what I mean? It was challenging, but wasn’t impossible.” 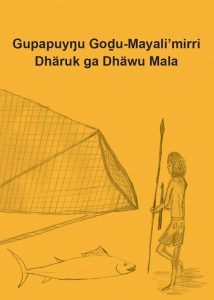 Translated title: Gupapuyŋu words and stories with inside meaning

Gupapuyŋu Goḏu-Mayali’mirri Dhäruk ga Dhäwu Mala2 is a careful and ongoing work of meaning-making with Waymamba Gaykamaŋu as a Yolŋu Aboriginal elder and Yasunori Hayashi, a non-Indigenous coordinator of Yolŋu Studies Centre (YSC) at Charles Darwin University (CDU). Accompanied with narratives and illustrations, this language resource comprises of more than two hundred idioms in particular body-part related in Waymamba’s Gupapuyŋu Dhuwala, one of Yolŋu Aboriginal languages from East Arnhem Land in the Northern Territory, Australia.

” When I (Yasunori Hayashi), as a long-term Yolŋu language enthusiast and a supervisee of my Yolŋu auntie, Waymamba, first read Goḏu-mayali’mirri mala dhäruk3 many years ago, I was profoundly startled by the unfamiliar meaning-making of Yolŋu body parts in language use. The direct translation of compound words, such as märr-dharrwa (emotional state – many, which I presumed meant indecisive) and ŋurru-ḻupthun (nose – bathe, wash one’s face) does not convey the appropriate meaning. I recognised that my logical understanding of Yolŋu language, built on grammatical learning and analysis, needed to pause—I wondered how I could better commit myself to the reality of the Yolŋu body and its related compound words, or idioms. This aesthetic and deeply culturally oriented language practice has been luring idiom researchers and lovers (including me) from around the world particularly interested in body-part related idioms.” 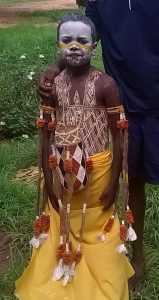 Two video files available to watch at the bottom of this page guide you to witness the landscape of Djiliwirri where she and her Gupapuyŋu ancestors and emerging generation come from. Waymamba describes her cultural institutions: language, songline, knowledge basket, kin, and clan designs were once invested in Djiliwirri by an ancestral being while its landscape was emerging. In present, the place of Djiliwirri is still becoming together with Waymamba and her kin; the owners and caretakers of the institutional knowledge.

Doing Waymamba’s languageness as and in Djiliwirri, and her languageness at CDU is not an easy task due to the inseparabiity amidst the cultural institutions ancestrally invested to the land and ongoingly enacted with the knowing of kin, clan designs, songlines and so forth. To a great extent, knowing ways of doing Yolŋu language: the one becoming when it is uttered, sung and keened in the place of Djiliwirri and the other becoming when typed and printed at CDU Uniprint are different.

As such, Yolŋu language work in YSC at CDU requires doing languageness as an object together. In doing so, working with care and responsibility between authorities and learners of the same language, but with different languageness becomes very important. It is about exploring with respect and seriousness what practices strengthen ways of living and doing language together.

In this display here, talking about ‘languageness’ as an analytic concept, allows different practices of the language breathe and go on together. Languageness holding different ways of doing the same language becomes a reality in particular place by particular attendees, but also disappear from its practice at another engagement. The engagement with the languageness is not a stable fact, rather persistent to be mobile and just durable enough to relate the different ways of knowing the language together. Such languageness could be contesting, but just hanging together while keeping a productive tension between Waymamba (and indeed many other Yolŋu language authorities) and me (and many other enthusiastic Yolŋu language learners). 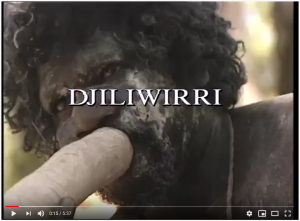 Yasunori Hayashi is a coordinator of Yolŋu Studies Centre at Charles Darwin University. His research interest involves collaborative work with Yolŋu knowledge authorities in East Arnhemland in the area of Yolŋu governance and decision making process, which he believes, embedded in Yolŋu world making-and-knowing, including the use of Yolŋu languages.