Giving credence to making and doing ‘credentialing’ with Yolŋu researchers

On this page I reflect on collaborative work with Yolŋu Aboriginal Australian researchers, Rosemary Gundjarranbuy and Stephen Dhamarrandji as we’ve worried away at ways that Yolŋu researchers may be recognised as qualified within the modern academy and in Djalkiri (Yolŋu foundations, structures of knowledge and relationships), as well as appropriate means by which such qualification may be made public, producing pathways for learning and employment across and within two very different academies. 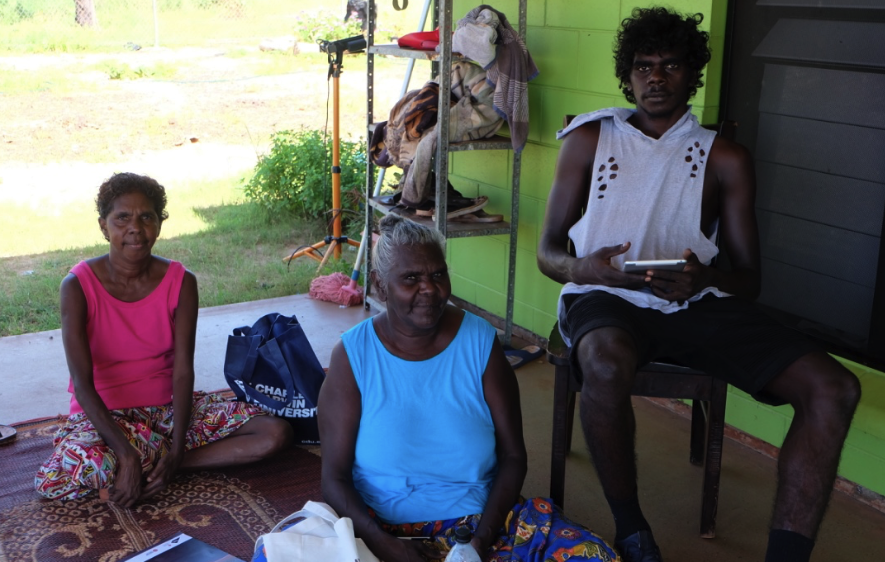 While frequently participating in research projects as facilitators, collaborators and co-researchers, the challenges of receiving research qualifications are often lamented by Yolŋu Aboriginal Australian researchers. Our small research group, working between Charles Darwin University and the remote Aboriginal community of Galiwin’ku, have explored using research ‘micro-credentials’ as a way to recognise Yolŋu researchers for the skilled research work and guidance they offer.

These are small credentials, often awarded in the form of a digital badge able to be displayed online, that accredit the attainment of certain sets of skills and competencies. As fast and flexible forms of qualification, they able to keep up with rapidly changing and increasingly casualised workforces. But the concern expressed within the Yolŋu research team, was that these may exist only as ‘trinkets or tokens, that don’t mean anything in either Yolŋu or balanda (nonYolŋu) worlds’ (Rosemary Gundjarranbuy, private communication).

So as we’ve gone along, we’ve needed to multiply and complexify the notion of qualification which may be assumed to accompany these credentials…

The Yolŋu world view is that you listen to the elders while you are young. By listening, learning and paying respect you may proceed up the levels of Yolŋu qualification towards the highest awards.

The early stage of learning is by watching and listening. You have to listen and learn and watch. After you pass that, the djuŋgaya (the manager) will allow you to dance or come to this sacred ground. Our law doesn’t change. Once the old people lay down the law, the law stays the same. Not like in Canberra every year, every month there is a new prime minister. Our law is always the same and will never change.

Some Balanda, when they see me, they say here is Stephen Dhamarrandji coming. They do not see what is underneath. That I have a connection to trees, the land, and the sea through the songlines; that I travel the journey of these songlines, and can pass through the Yirritja and back to the Dhuwa homelands. 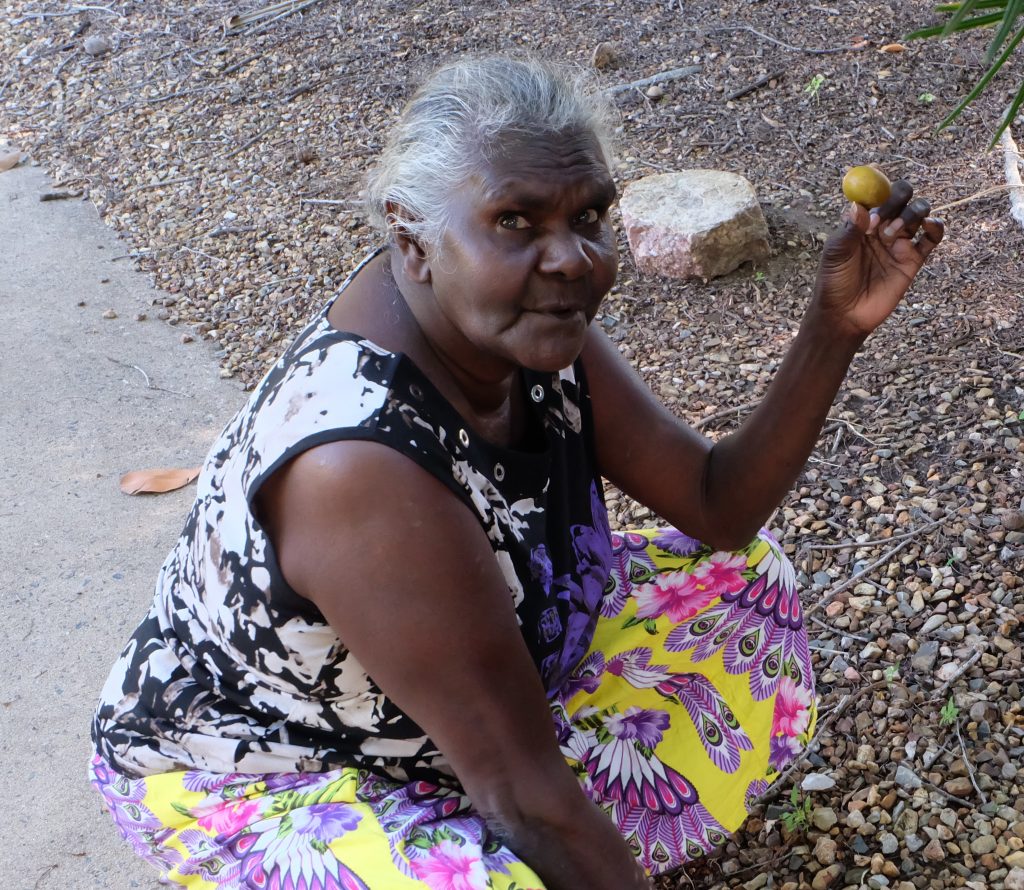 You have asked me, how does a Yolŋu researcher qualify in Yolŋu ways?

Gakalmirr Yolŋu / Has the appropriate ancestral Yolŋu style, knows the right way to do things

Dhäkay-ŋänhamirr Yolŋu ŋunhi ŋayi dhu ga nhäma barrku-ḏakthu/ Tasting what she can see for far away (ie. having a sense of the overall nature of the work)

These were some of the conversations that came up as we worked our way to understandings of how these credentials might be recognised as credible; that is, might work to elicit the performance of qualification from within Yolŋu collective life for potential recipients.

But how then might such credence also hold in these other situations and locations? How might the capacity of this right performance be sustained when these badges were hosted on line and promoted by the university? Other on-ground elements of their design which helped to generate an odd, but workable enough, set of credentials that are beginning to perform this work. 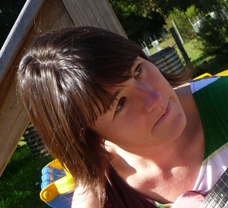 MIchaela Spencer, speaking here as a CDU researcher and ethnographer

On a research trip to Galiwin’ku, Elcho Island, we drive around from house to house, hopping in and out of the 4WD. Our team of researchers are a cheery bunch – experienced senior women sitting in the front seat, younger researchers in the back, and various children and pets wriggling in between.

While going about our work for one of our research projects, we’re also talking about these new micro-credentials, these badges that CDU is starting to develop. As we talk more about what these badges might look like, and how they could be earned by people in the team, we start to talk about how there might be two different ones – a badge for Senior researchers that recognised cultural authority and existing experience, and a badge for younger people who do a lot of the face-to-face facilitation of interviews and meetings and other aspects of the research process, but who are also keen on receiving more training and support.

The idea of both these badges is welcomed by Rosemary and Stephen, recognising different levels of authority and expertise. But amidst this enthusiasm, Rosemary also points to another young man in the car who would be missed out by both of these badges. A ‘junior mentoree’ just out of school, working with his family just learning what it means to collaborate with university staff and Balanda (non-Indigenous people) visiting this Yolŋu community.

Later that day, we sit on the veranda of Rosemary’s house, and she insists that this young man, who is often very quiet as we go about our work, is an important part of the team. He is generally there carrying the iPad, and recording or taking photos of what we do. At the same time, he is also watching and learning, seeing how the more experienced people go about doing what they do. His role is crucial, she tells me, because the young people can only learn to be experiences and qualified by watching their Elders at work. So, we realised that we had to create another badge and once this third badge fell into place, it suddenly felt like we had the set now. 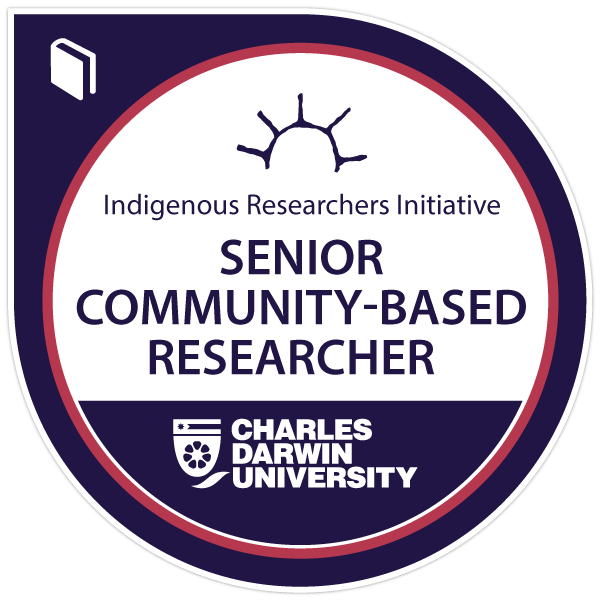 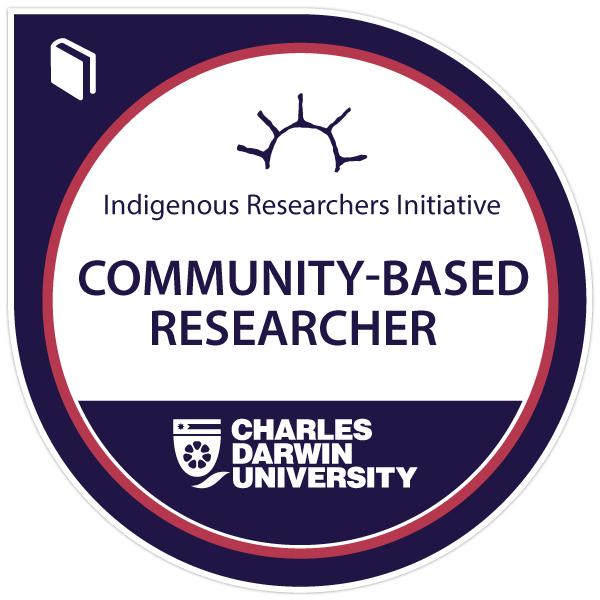 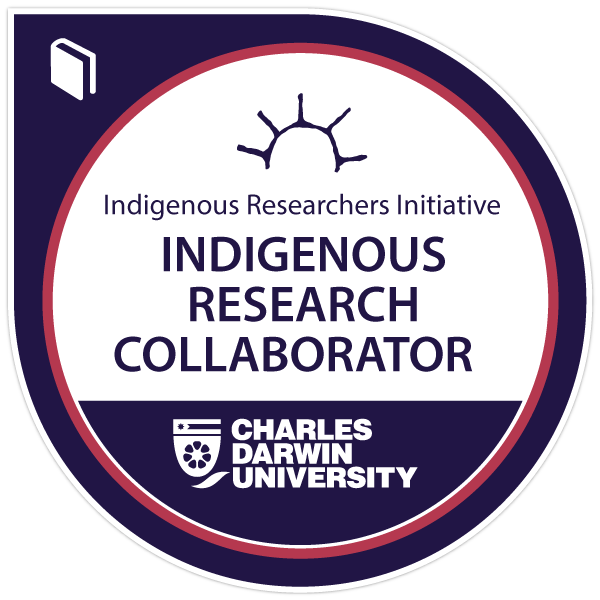 Finding means by which these credentials may perform credible qualification in both Yolŋu and modern academies is a work in progress, and we continue to labour around this together. However, were gradually learning that embedded in this work are multiple means by which qualification may be recognised, with the university (as an institution of the modern academy) seeking to attribute properties of qualification on a person from the outside, while Yolŋu expertise is often something elicited from the inside, as an emanation of what already-always was within Yolŋu structures of people and place through kinship relations.

To elicit the performance of credibility in both modes, looks to means by which they will be visible and circulate online as university educational products, and how they may (or may not) make visible always-already present enactments of ancestral relation which need to be expressed through Yolŋu research practice – together, and on-country.

Michaela Spencer is a Research Fellow at the College of Indigenous Futures, Arts and Society at Charles Darwin University, Australia